CAD/CAM, tubes, bending, quoting, and the specialist CAD for CAM modeling tool all benefit from a number of enhancements in the latest sheet metal software from Hexagon – RADAN.

RADAN 2021 takes an important step for manufacturers operating punching machines, and who want to optimize batches of nests. It is now possible to use Radnest Ultimate on punch.

Product Manager Olaf Körner says optimizing nests with the module can reduce the number of raw material sheets by eight percent in a year. “Manufacturers spending hundreds of thousands of pounds a year will find that gives them massive savings.” He says many manufacturers would notice the material saving, but also, having more parts on a sheet takes less time to produce the batch. “Another welcome additional saving.”

Set-up sheets can now be automatically generated and sent to each machine, saving around 50 minutes on an average day of producing up to 80 nests. The NC code for the job goes to the machine and the set-up sheet to the operator. “Now it’s done through a simple tick box, and the sheet is always up to date, with no chance of omissions or errors.”

The latest release overcomes the issue of hazardous holes – created when pieces of metal are left in a dangerous position after a hole has been cut in a tube. Extra cuts can now be carried out, dividing the slugs into smaller chunks that fall out more readily.

Common line cutting can now be carried out even if the ends have cutouts in the design. Two overlapping cuts can be converted to a common line cut sequence where two specific aspects are met; firstly, the end features must be produced with a single cut; and secondly, the end cuts must overlap by at least 25 percent. This means that up to three-quarters of all-tube parts can now be considered for common line cutting.

A new option improves collision checking during automatic sequencing. Olaf Körner explains this is particularly valuable when bending long, thin parts such as guttering. “If the channel is particularly deep and is bent in the wrong sequence, it could become jammed in the press brake, clamped around the tools. This type of part can be sequenced in such a way as to guarantee that collisions won’t happen.”

Radbend now reduces handling when calculating sequences automatically, by lessening the need for tool and part rotations. “Every time operators have to turn a part around, either by themselves or with a colleague, it takes time. This new piece of functionality calculates a better sequence meaning it can be fed into the machine in little steps, improving the handling.”

“Cutting strategies can now be specified on a part in Radquote. It asks how the parts are to be cut – for example, whether oxygen or nitrogen is required for a laser part, and what finish is required – as these factors affect the costs,” he says. And RADAN 3D drawing files can be added to the quote, complementing its ability to read directly from CAD files created by systems such as SolidWorks, Inventor, Creo, and Catia.

Also, a 2D shape can quickly be modified in Radraft now and updated in Radquote. “Some quoting systems on the market can’t easily change a part graphically. The benefit of this enhancement to Radquote is that if you’ve received a file that’s not 100 percent accurate it can readily be edited in Radraft and the updated file read by Radquote.”

A number of items of new and enhanced functionality have been added to the Designer module, including “dramatic improvements” to sending the finished design to CAM.

“For example, there are six different ways of sending Designer data into RADAN CAD/CAM, including sending flat patterns of all parts to be added to a nest project, and sending a single part for opening geometry in the part editor.” Designer now indicates bends where the design radius differs from the expected result radius when using V-width as the unfolding method. This is important for the unfolding process and the finished look of the component.

Feedback is now provided on overlapping unfolds. “Sometimes, when a 3D model is unfolded, it doesn’t work – faces clash on top of each other. The user is now notified of this and shown the issue graphically.”

Another new function adds watertight corner reliefs, showing in 2D what it will look like to make in 3D. And the Split Edge command can now deal with arcs, making it faster to open a closed edge.

In conclusion, Olaf Körner says: “RADAN 2021 achieves our target of bringing items of functionality off preview, and into the full release. It represents another state-of-the-art version of the software for sheet metal companies working on models they have designed themselves, or imported as CAD files from other systems.” 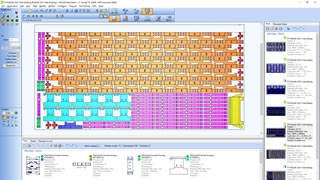 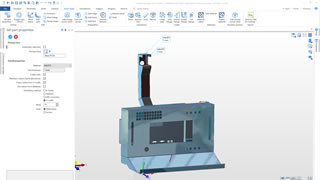 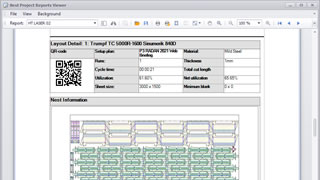